A few hours after Deepika dropped the video on Instagram, Yashraj Mukhate recreated it by adding a few more beats and music

New Delhi: Trust social media sensation Yashraj Mukhate to make any clip quirky and catchy. The latest video to catch his attention is global icon Deepika Padukone’s Reels on FIFA 2022. The actress, in the video, shared her joy and gratitude for being given the opportunity to present the World Cup trophy at Lusail Stadium in Qatar. A few hours after Deepika dropped the video on Instagram, Yashraj Mukhate recreated it by adding a few more beats and music. Before introducing the final product to his fans, the musician explained why he made the Reels into a song. He said, “So yesterday Deepika Padukone put a Reel on her profile where she spoke at a speed of 100 BPM (beats per minute) exactly. So, I obviously turned it into a song.” The caption on his post read, “More beautiful! More beautiful!” Well, the recreated version grabbed Deepika’s attention. The actress re-shared it on her Instagram Stories and wrote, “That’s epic.” 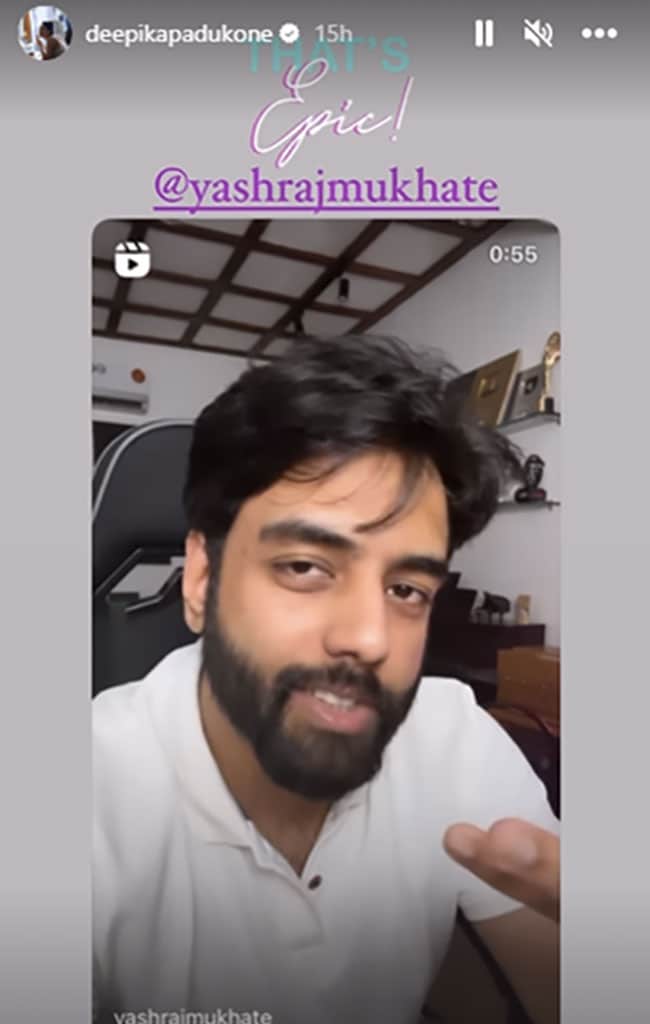 Deepika Padukone represented the luxury fashion brand Louis Vuitton at the unveiling ceremony alongside footballer Iker Casillas. In the video, Deepika is saying, “At the moment, I feel nervous. But, I also feel a lot of gratitude. Like you mentioned, it’s huge, it’s one of the biggest sporting moments in history and Louis Vuitton as well. Just feels like a really proud moment for me. This is my first time at a FIFA World Cup. As you can see, we are in Doha and this is also my first time in Doha by the way. And, I get to watch the final, which I think is incredible.”

The actress also spoke about the custom-made Louis Vuitton trunk for the official trophy and added, “Its craftsmanship mixed with functionality makes it even more beautiful. I cannot wait for that moment to actually unveil the trophy.”

In the now-viral Reel, Deepika Padukone also expressed her views on her “perfect” look for the closing ceremony. She said, “I am wearing Louis Vuitton… what I love about it is that it is so perfect for what we are going to do which is unveiling the trophy. But at the same time, it’s really comfortable.”

Accompanying Deepika Padukone at the FIFA World Cup final was her husband, actor Ranveer Singh. The actor gave us couple goals when he cheered for Deepika while she was unveiling the magnificent trophy alongside Iker Casillas.