Once touted as the market leader in q-commerce in Pakistan, Airlift is now shutting down operations in the country owing to its inability to raise new money.

According to sources familiar with the situation, Airlift informed employees on Tuesday evening that it would be shutting down its operations in the country on Wednesday.

A close source told Getopedia that the business was seeking to raise a fresh round as recently as last week, but “several” investors advised the firm that it will take at least two months to collect the money.

The source added that “In the next 30 days, airlift will work on releasing severance and closing its liability stream to mark a complete shutdown of operations, the offboarding process has already started. The senior management was notified about it three days ago”. 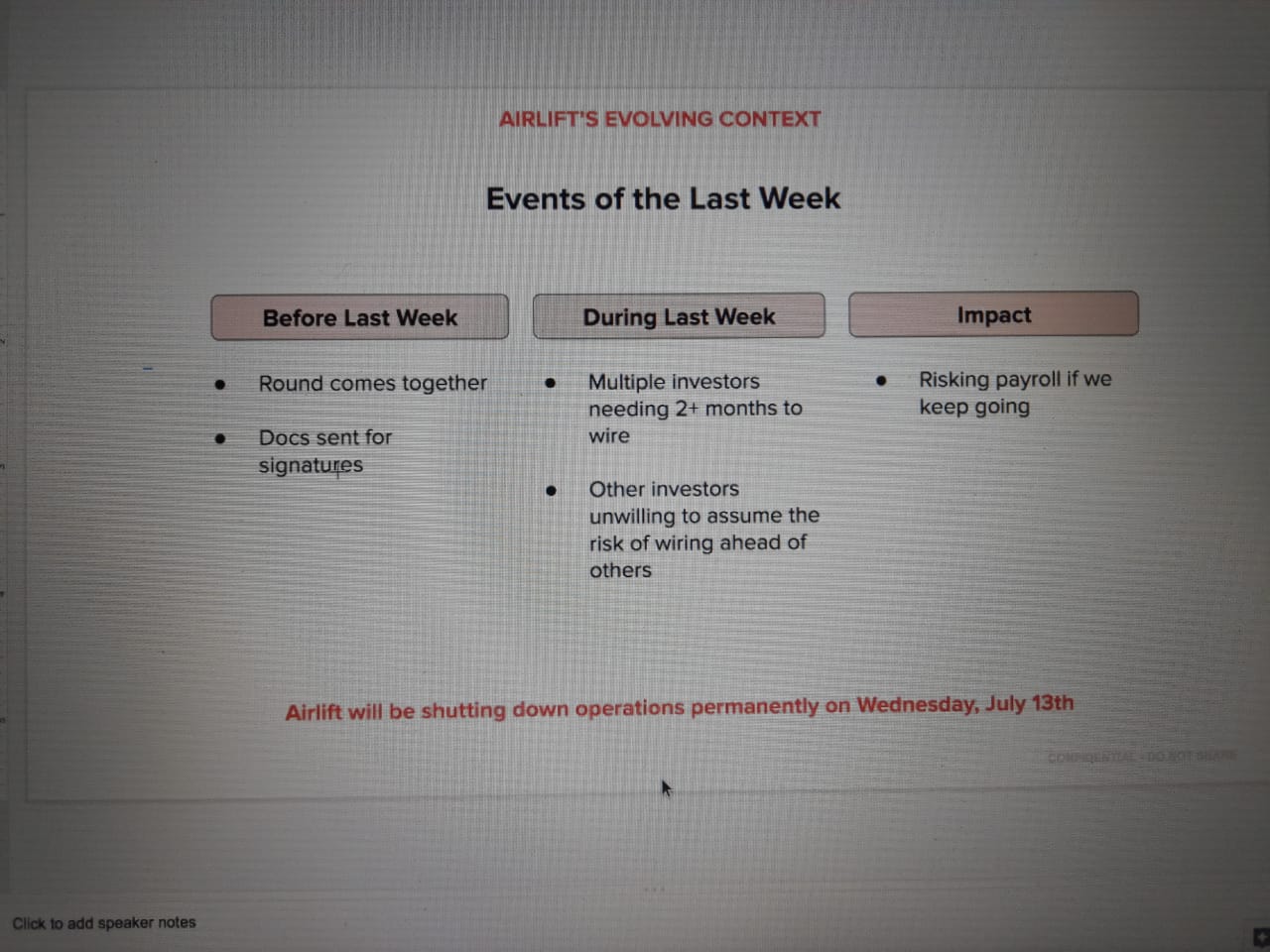 in an official press release issued just hours after the news broke, Airlift confirmed that it “will shut down permanently. This has been an extremely taxing decision that impacts a large set of stakeholders and an emerging technology ecosystem”.

With the onset of the recession, Airlift was one of the first few companies in emerging markets to restructure business operations – Airlift’s response code included three adaptations:

The press release noted that with the above developments in May, one of Airlift’s investors stepped up to lead Airlift’s Series C1 financing. “We’ve received tremendous support from the potential lead in opening doors to other investors to put together the round. First Round Capital, Indus Valley Capital, Buckley Ventures, 20VC, and other investors agreed to participate in the round with sizable checks”.

In early July, Airlift had a clear path forward to close the round – the Company pushed out documents for signatures to all participating investors. Last week, amidst rapidly deteriorating conditions in the global economy, several participants shared uncertainty in wire schedules and their disbursements – this ultimately meant that the Company’s capital requirements would not be met. Ultimately, the round was unsuccessful.

It explained, “With the above clarity, a complete shut-down was inevitable, Airlift could not risk leaving its employees unpaid or reneging from its commitments. The Board deliberated on this via multiple calls and ultimately decided to not assume the risk of leaving teammates unpaid. For our management team, and for the broader set of investors, the above became clear only on July 7th – a day before the Eid holiday in Pakistan”.

The statement added, “As part of our plans, Airlift will ensure that all of its employees are sufficiently protected and catered for – this includes supporting teammates with two (02) months of payroll for July and August, setting up a platform for job placement, and creating support systems for aspiring entrepreneurs from within our team that may be interested in starting new ventures”.

“For suppliers, vendors, and other third parties, our team will communicate proactively to manage arrears and liabilities as a part of our ongoing shutdown process”.

In May 2022, Airlift pulled out of certain markets, including Faisalabad, Gujranwala, Sialkot, Peshawar, Hyderabad, Johannesburg, Cape Town, and Pretoria in order to reduce the area of operations and to increase focus on key areas that drive sustainability and profitability.

Airlift operated a quick commerce service in eight Pakistani cities, including Lahore, Karachi, and Islamabad. The startup raised $85 million in the country’s largest Series B funding round in August at a valuation of $275 million.