The US Senate has passed a gun control bill – the most significant firearms legislation in nearly 30 years.

Fifteen Republicans joined Democrats in the upper chamber of Congress to approve the measure by 65 votes to 33.

It follows mass shootings last month at a supermarket in Buffalo, New York, and a primary school in Uvalde, Texas, that left 31 people dead.

The bill will now have to pass in the House of Representatives before President Biden can sign it into law.

In a statement released after the vote, the president called on members of the House to “promptly vote on this bipartisan bill and send it to my desk”.

“Tonight, after 28 years of inaction, bipartisan members of Congress came together to heed the call of families across the country and passed legislation to address the scourge of gun violence in our communities,” Mr Biden said.

“Families in Uvalde and Buffalo — and too many tragic shootings before — have demanded action. And tonight, we acted.”

Speaker Nancy Pelosi has vowed to take the bill through the House quickly, despite Republican leader Kevin McCarthy urging his members to vote against the bill.

“First thing tomorrow morning, the Rules Committee will meet to advance this life-saving legislation to the floor,” Ms Pelosi said after the vote.

Although significant, the proposals fall far short of what many Democrats and activists have called for.

The reforms include tougher background checks for buyers younger than 21 and $15bn (£12.2bn) in federal funding for mental health programs and school security upgrades.

It also calls for funding to encourage states to implement “red flag” laws to remove firearms from people considered a threat.

And it closes the so-called “boyfriend loophole” by blocking gun sales to those convicted of abusing unmarried intimate partners.

The bill is also significant because it is the first time in decades that proposed reforms have received this level of support from both Democrats and Republicans. Historically, efforts to strengthen US gun laws have been blocked by the Republican party.

A host of traditionally conservative-leaning advocacy organisations, including the Fraternal Order of Police and the International Association of Chiefs of Police, also backed the bill.

Republican Senator John Cornyn of Texas, who co-led the negotiations with Democratic Senator Chris Murphy of Connecticut, said on the chamber floor that the bill would make Americans safer.

“I don’t believe in doing nothing in the face of what we saw in Uvalde and what we’ve seen in far too many communities,” Mr Cornyn said.

“Doing nothing is an abdication of our responsibility as representatives of the American people here in the United States Senate.”

Democratic Senate Majority Leader Chuck Schumer said: “This is not a cure-all for the ways gun violence affects our nation, but it is a long overdue step in the right direction.”

However, two-thirds of Republicans opposed the legislation, and all of those who backed it, except for Alaska’s Lisa Murkowski and Indiana’s Todd Young, will not face voters this year or have announced their intention not to seek re-election.

Texas Senator Ted Cruz, who is widely tipped to seek the Republican presidential nomination in 2024, condemned the bill as an attempt to “to try to disarm law-abiding citizens rather than take serious measures to protect our children”.

‘The fight of our lifetime’

Gun safety group March For Our Lives – founded by survivors of the 2018 Parkland school shooting in Florida – welcomed the advancement of the bill.

“We know there’s A LOT more work to be done to end this epidemic. But a lot of hard work got us to tonight. We refuse to quit or be silenced. Ending gun violence is the fight of our lifetime,” the group tweeted.

The National Rifle Association (NRA) has opposed the bill, and argued that it will not stop the violence.

President Biden earlier this month said the proposals were “steps in the right direction” but are still not enough.

He has pushed for bigger reforms – including a ban on assault rifles, which were used in the Texas and Buffalo mass shootings last month – or at least an increase in the age at which they can be purchased. The gunman in the Texas shooting is believed to have purchased two semi-automatic rifles days after turning 18.

The US has the highest rate of firearms deaths among the world’s wealthy nations – more than 20,900 people have been killed in gun violence in the US this year, including through homicide and suicide, according to the Gun Violence Archive, a non-profit research group.

But it is also a country where many cherish gun rights that are protected by the Constitution’s Second Amendment to “keep and bear arms”.

The last significant federal gun control legislation was passed in 1994, banning the manufacture for civilian use of assault rifles and large capacity magazines – but it expired a decade later.

After the 2012 Sandy Hook school shooting in Connecticut – in which 20 children and six adults were killed – attempts to tighten the laws failed to get enough votes in Congress.

Thursday’s vote happened hours after the Supreme Court struck down a New York law restricting who can legally carry a gun – effectively expanding gun rights and illustrating the deep divide in the United States over the issue.

The court found that New York’s requirement for residents to prove “proper cause” – or a good reason – to carry concealed firearms in public violates the Constitution.

Mr McConnell said with the court’s decision, combined with Thursday’s legislation, made for “two landmark victories”. 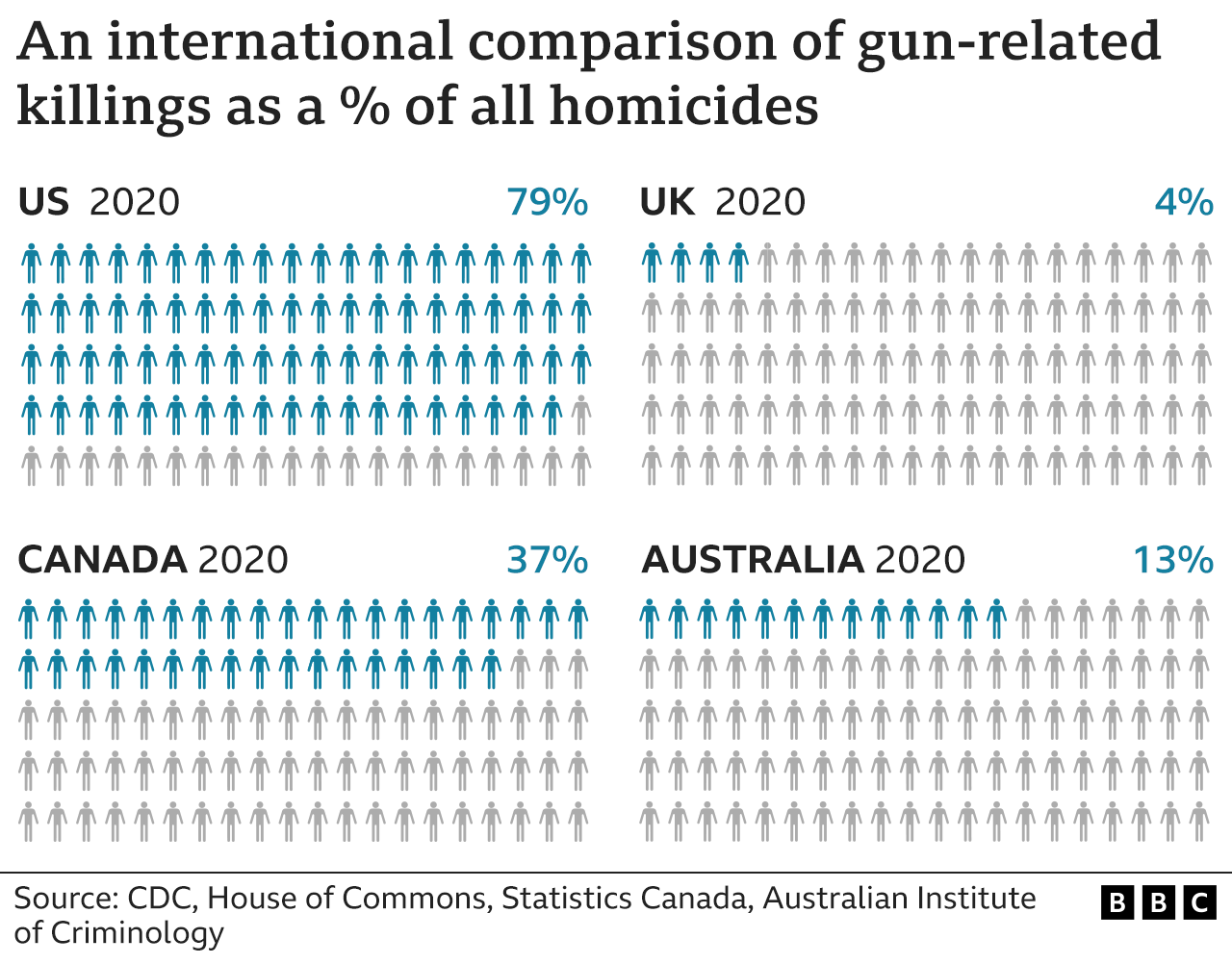 How VR-Like Immersive Experiences Can Be Produced For...

These Fitness Tips Help Take Inches off Your...

The Joys of Long Exposure Photography